More than 400 swimmers launched themselves in cold waters of Vltava river for the 73rd edition of Alfred Nikodem memorial race.

The water of the Vltava on Thursday was a chilly 5.6 degrees Celsius, just slightly higher than four degrees which is considered icy water, whilst the air temperature was four degrees.

The winter swimming contest was held near to the National Theatre, between Slavonic Island and Střelecký Island. Along the entire route, specialists observe the race and are ready to act if they detect hypothermia in participants.

The competition is named after Alfred Nikodém (1864-1949) as a tribute to the goldsmith and Czech athlete who first swam in the cold season on the Vltava River in 1923.

As participants completed the races, they dried off on the Slavonic Island where the prize ceremony took place in the Renaissance Zofin Palace.

Winter swimming was first seen in Prague in 1923 when he and six other enthusiasts plunged into the freezing cold Vltava River watched by a crowd of stunned on-lookers. 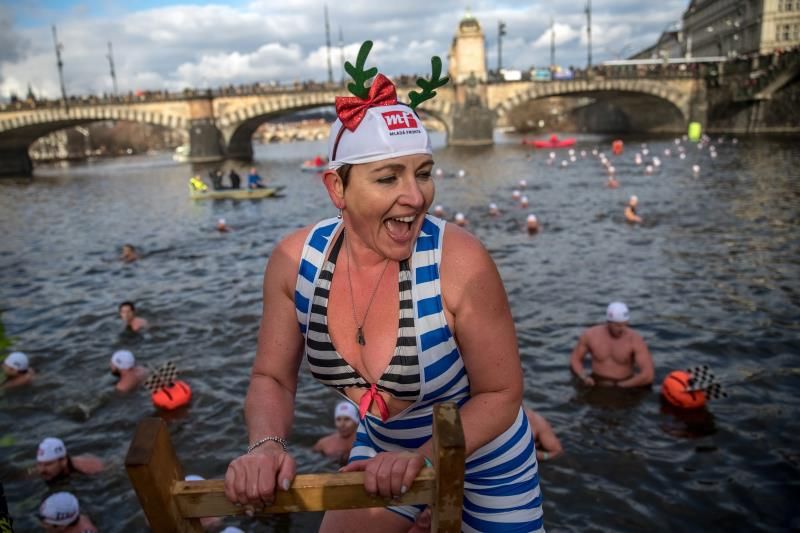 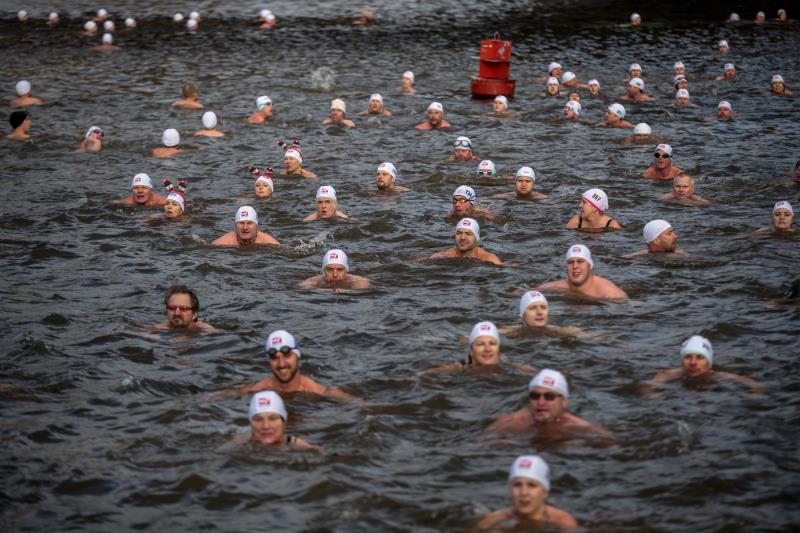