Half of Czechs Support Marijuana Legalization

More than half of Czechs say the use of marijuana should be legal, reflecting a steady increase over the past decade, according to a new survey by Pražský deník.

More than half of Czech adults have tried marijuana at least once in their lives.

53% report that they first used marijuana during their high school years. And a quarter of them smoked the first joint in elementary school.

A 2016 survey from the European Monitoring Centre for Drugs and Drug Dependency found that the Czech Republic had the highest share of young cannabis or hashish users in Europe, as more than a fifth of Czechs aged 15 to 34 had used the drugs at least once in the previous year. 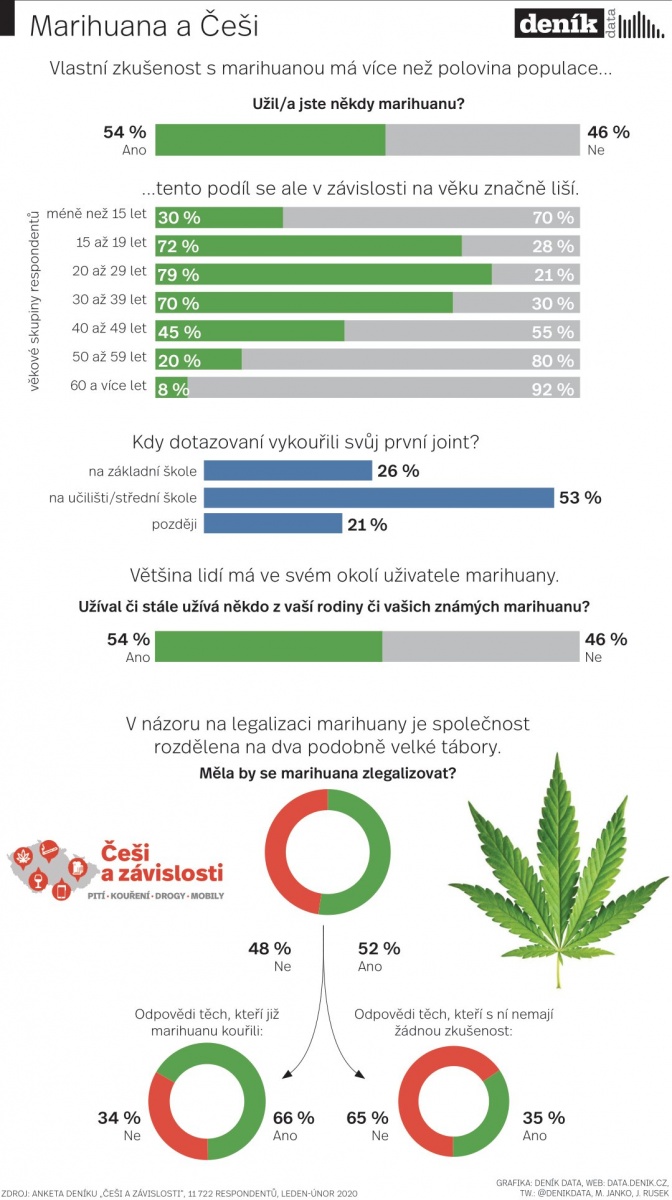 Cannabis use for recreational purposes is illegal in the Czech Republic, using marijuana for therapeutic and health purposes on prescription from a doctor has been legal since April 2013. But very few patients are currently able to procure it, as the use of medical cannabis is not reimbursed by the Czech social insurance and patients have to pay for the entire cost by themselves.

Nearly 90 percent of the total amount of cannabis is currently being used to treat chronic intractable pain, followed by multiple sclerosis.

Vending machines with cannabis for sale have been appearing in the Czech Republic lately, although the low-THC products offered are unlikely to get anyone high.

Instead, cannabis flowers, oil, and tinctures high in CBD are available from the machines, which have already popped up in the cities of Prague, Ostrava, Cheb, and Olomouc.

However, a government official said that any amount of THC in a product makes it illegal to possess without authorization.

“The law does not allow individuals to acquire addictive substances and preparations containing them other than on the basis of a prescription or as part of a hospitalization,” Health Ministry spokeswoman Gabriela Štěpanyová said.

According to the Minister of Industry and Trade Karel Havlíček (ANO), pubs and restaurants could re-open for indoor…

CzechTourism has published a ranking of the country’s most visited attractions in 2020. The list has undergone major…