While the COVID-19 pandemic has forced the shutdown of cinemas around the world, decades of Czech cinema — from the pioneers to the newest generation — are available on Netflix. Below you find our suggestions.

Kolya is a heart-warming 1996 film about an older Czech man whose life is turned upside down with the introduction of Kolya, a five-year-old Russian boy.

The story of the evolving relationship between the growing-old cellist Louka, who is not expecting that much of life anymore, and a little boy named Kolya, who gets stuck with the man after a faked wedding with his Russian mother, needs little introduction. The film’s strongest point is the poetics of the production duo, director Jan Svěrák and his father Zdeněk.

This retro story taking place just before the Velvet Revolution of 1989, when the communist regime was brought down, offers balanced proportion of humour, hyperbole, sentiment, and melodrama.

Milada is a historical drama based on the inspirational life of Dr. Milada Horáková, a 20th-century political activist.

It is set in the years 1937-1950 and tells the story of a woman with moral principles rooted so deeply that her decisions were led by her conscience more than her heart, even at the cost of endangering her family and herself. Milada Horáková was executed on 27. June 1950, even though then-President of the Czechoslovak Republic received many requests for a pardon.

Among people asking about her grace were for example Albert Einstein, Winston Churchill, or Eleanor Roosevelt. The central themes of the film are freedom, the fight for democracy, truth, love, hope, power, and sacrifice that are very topical even today.

Milada debuted in 2017 and was nominated for ten Czech Lions and won two: Best Costumes and Best Make-up.

Pelíšky (1999) is a traditional Christmas film for many Czech families.

Directed by Jan Hřebejk, this 1999 coming-of-age story takes place in the Prague residential district Hanspaulka in the months leading up to the Prague Spring.

The movie depicts the lives of ordinary Czech families and deals with issues like intergenerational conflict, the fascination of the young generation with the West, and the struggles of teenage love. The mosaic storytelling follows individual stories that eventually coalesce in the face of the Soviet invasion, portraying the hopes of three different family generations that were crushed by Soviet tanks.

The film stars relatively unknown (at the time) actors such as Ivan Trojan, Jiří Macháček, Jitka Schneiderová and Saša Rašilov and is considered to be a Czech cult classic.

The story revolves around seven young people from Prague whose empty and unfulfilling lives gradually intertwine as a result of a series of unforeseen events. 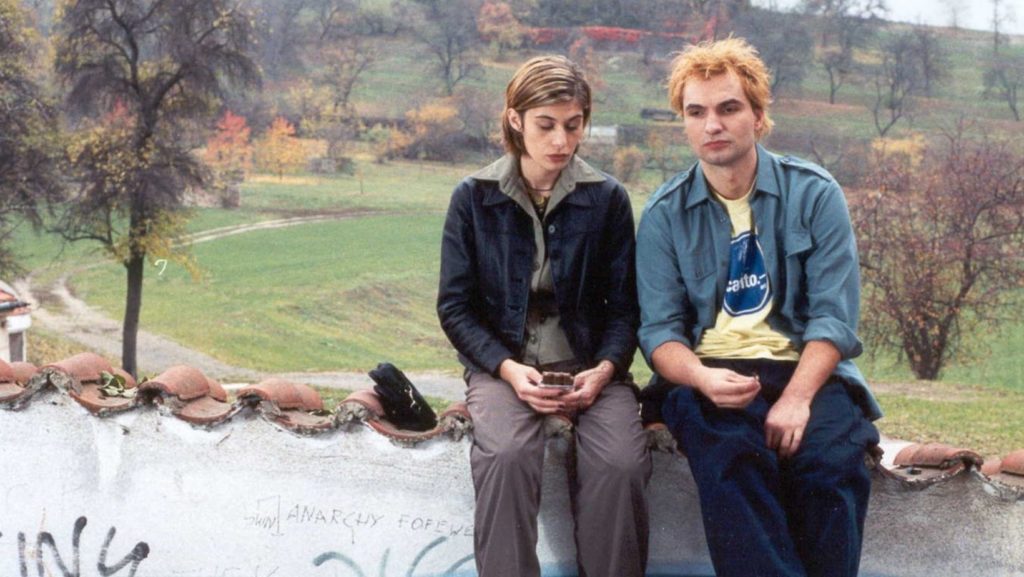