Official: New Footbridge Linking Holešovice and Karlín to be Ready in 2022

The construction of a footbridge for pedestrians and cyclists, which will connect Holešovice and Karlín across the island of Štvanice, will begin next year.

The footbridge is 285 meters long and the construction will be completed at the end of 2022.

“Prague will soon have a new bridge and it will be… HolKa! We will build a new footbridge between Holešovice and Karlín with a ramp to Štvanice island. Today, during the city council, we approved the building regulations contracts,” said Prague Deputy Mayor Adam Scheinherr.

“After the recent opening of the Troja footbridge, we succeeded in another important project. Pedestrians will have the opportunity to get from Karlín to the front gates of Holešovice Market in a few minutes and visit the Štvanice island, which is waiting for a complete transformation, as well. HolKa will connect cycle paths leading along the river on both banks,” added Scheinherr.

Designed by Marek Blanek and Petr Teje architects, the bridge pushes building technology to the limit; the use of freeze-resistant and fiber-reinforced ultra-high performance concrete (UHPC) helped reduce the structural shell thickness.

The new bridge would relieve traffic on some of the existing bridges, which have been overburdened and are in need of repairs. They would also greatly reduce the commuting time to reach certain parts of the city.

The footbridge should replace the ferry, which now connects the bank of the Vltava River at Pražská tržnice and Rohanské nábřeží, which should stop running after the footbridge is completed.

The idea of building a footbridge in this area was a part of the Prague Land-Use Plan for a long time. In 1999 an architectural competition was held to define the appearance of the footbridge. However, after the floods in 2002, the flood protection measures were reinforced and the design was no longer actual. 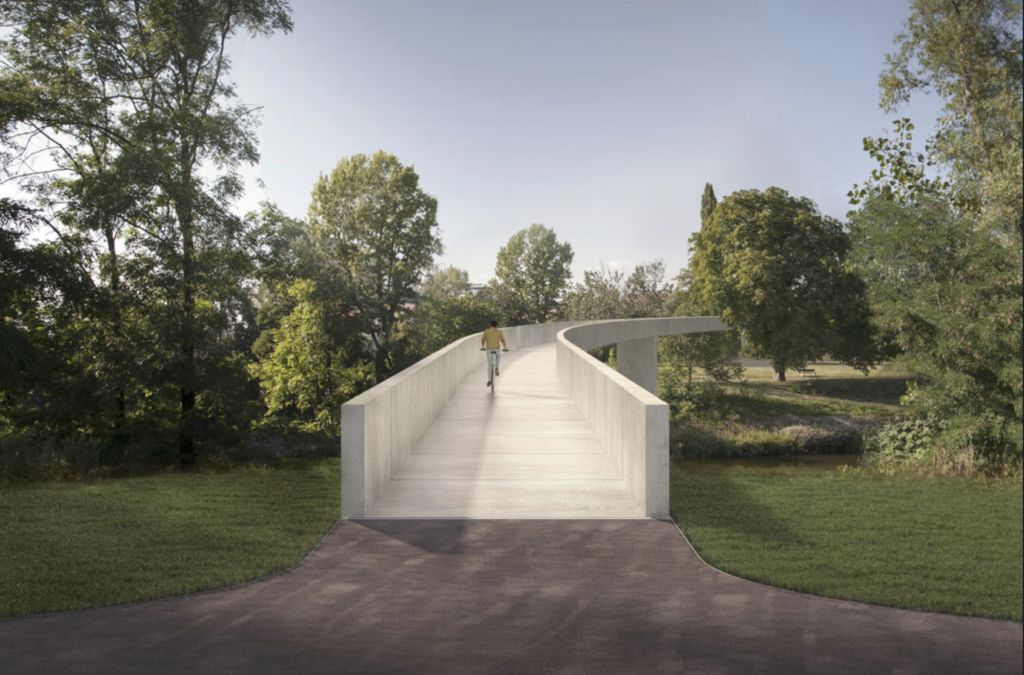 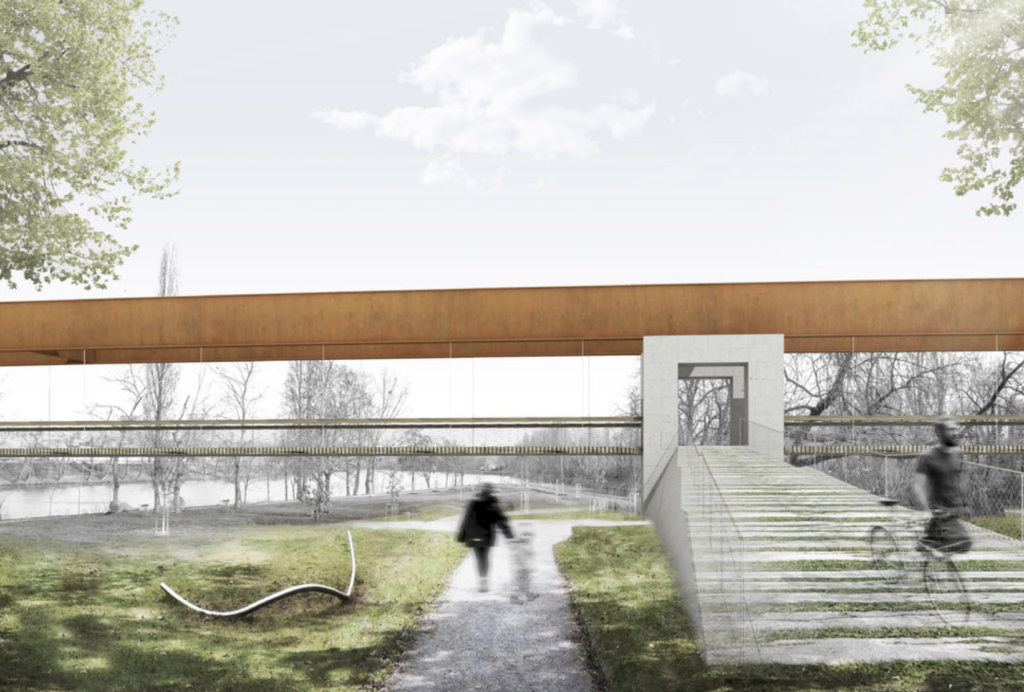 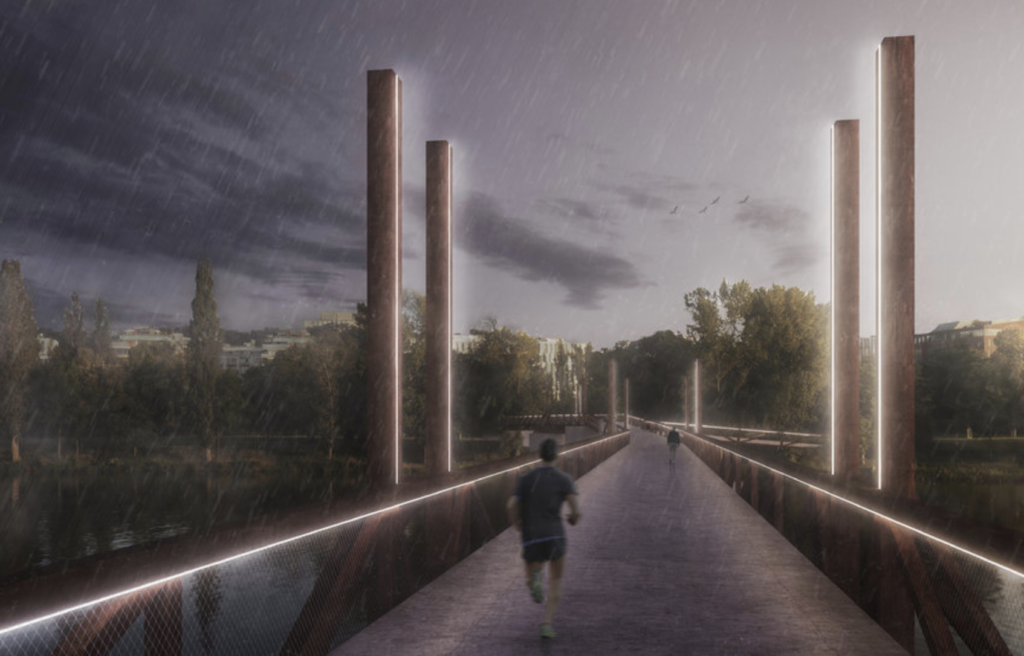