Czech sculptor Jaroslav Róna is installing a new work in Pankrác – a ten-metre giraffe cast in bronze. But it’s pretty different to anything you’d find in the wild, to say the least.

Rona was inspired by Pokémon, a Japanese anime television cartoon series that premiered in Japan on April 1, 1997. He worked on it for over four years. 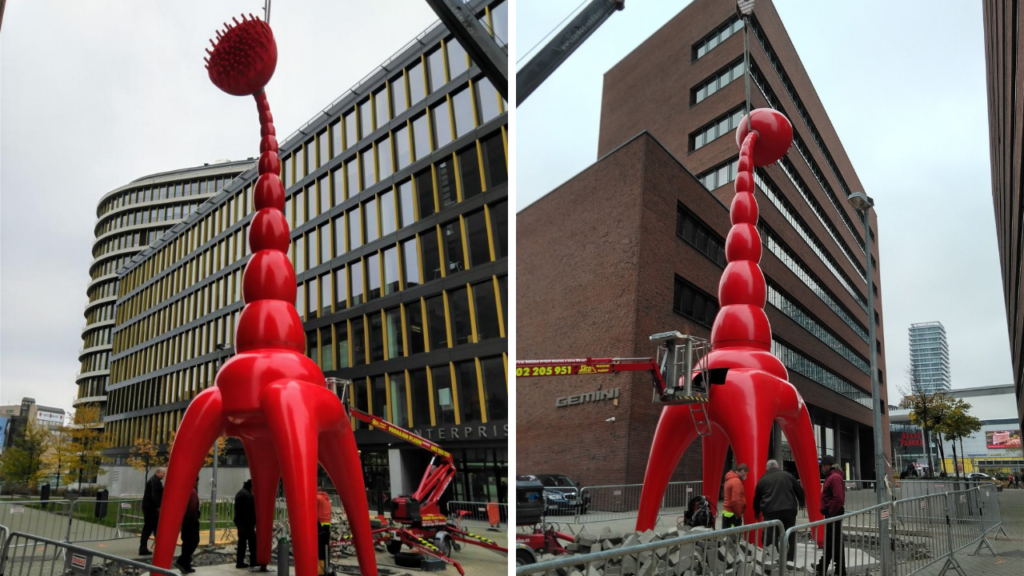 Born in Prague on 27 January 1957, Jaroslav Róna is a sculptor, painter, and performer belonging to the postmodern generation of the 1980s which has experienced a period of communism, including its fall and transition to democracy. He was a member of the Tvrdohlaví (The Stubborn), a significant art group that participated in activities leading to the liberation of the art scene from socialist demagogy. He has also worked as a theatre and film designer and participated in architectural work.

The main focus of his work is creating sculptures for public spaces as well as painting. From 2005 to 2012 he taught the art of sculpture at the Academy of Fine Arts in Prague. His most famous sculptures include The Franz Kafka Monument in Prague for which he received the Grand Prix of the Society of Czech Architects; the equestrian statue of Jošt of Luxembourg in Brno, the Mythical Ship in Bratislava; and the Child from Mars on Mount Ještěd.

Since 1985 he has exhibited in Bohemia and after 1989 he took his work further afield. He has illustrated several books, including 1984 by George Orwell and The Citadel by Saint-Exupéry. He has published two books of his drawings and texts.