Street in Prague to be Named After Ferrari’s Founder

Ferrari Street in Stodůlky (Prague 13) starts southwest from the central part of Klementova Street, bends to the southeast and enters Poncarova Street. The new street is located in a new residential area.

The naming or renaming of public spaces in Prague is approved by the City Council. Suggestions can be submitted by every citizen. The proposals are first discussed by the district town hall and then forwarded to the municipal topography commission.

On October 5, 1919, a young Italian car mechanic and engineer named Enzo Ferrari takes part in his first car race, a hill climb in Parma, Italy. He finished fourth. Ferrari was a good driver, but not a great one: in all, he won just 13 of the 47 races he entered.

Many people say that this is because he cared too much for the sports cars he drove: he could never bring himself to ruin an engine in order to win a race.

In the mid-1920s, Ferrari retired from racing cars in order to pursue his first love: building them. He took over the Alfa Romeo racing department in 1929 and began to turn out cars under his own name.

Annoyed with Ferrari’s heavy-handed management style, Alfa Romeo fired him in 1939. After that, he started his own manufacturing firm, but he spent the war years building machine tools, not race cars. 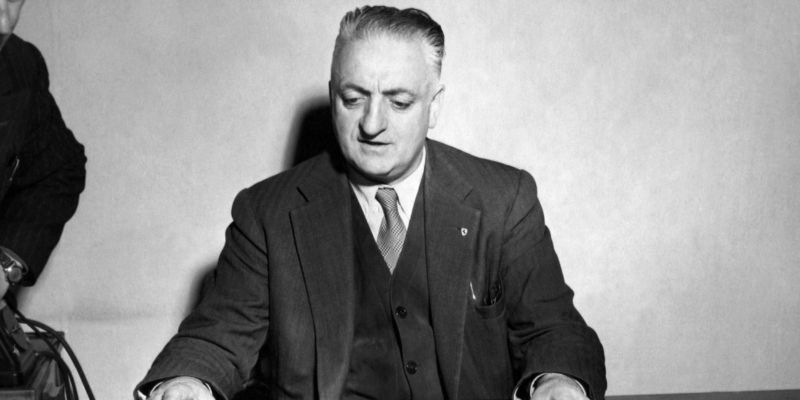 In 1947, the first real Ferraris appeared on the market at last. That same year, Ferrari won the Rome Grand Prix, his first race as an independent carmaker. In 1949, a Ferrari won the Le Mans road race for the first time and in 1952 one of the team’s drivers, Alberto Ascari, became the world racing champion: He won every race he entered that year.

That decade was Ferrari’s most triumphant: Year after year, his cars dominated the field, winning eight world championships and five Grand Prix championships. Ferrari won so much because his cars were ruthless. They were bigger and stronger than everyone else’s and (in part to compensate for their excess weight) they had much more powerful engines.

The Scuderia Ferrari team won several F-1 championships with driver Michael Schumacher between 1999-2004. The name of the company’s founder was given to the 2003-2004 production model. It was built with F-1 technology: carbon-fiber body, F-1 sequential-shift transmission, and carbon-ceramic brake discs.