The midfielder has been on loan at the London club from Slavia Prague since January. The 25-year-old has now signed a permanent four-year contract and will remain with the Hammers, having come through the Slavia youth academy.

Souček told the Slavia Prague website: “Of course, I have mixed feelings. I am leaving Slavia where I grew up and played for my entire career. “But I am leaving for Premier League, my dream competition, so, there is sad news about leaving Slavia compensated by the good news that we managed to save West Ham from relegation.

“I can feel that I have made a good choice, that I can move forward now. And I am looking forward to the following years. I will support Slavia forever, even though I will be wearing a different shirt.”

He recently scored his first goal for West Ham before adding two more to help the team avoid relegation from the Premier League.

Souček continued: “I must be satisfied with the last half a year, I have heard a lot about how January transfers aren’t the easiest choice and on top of that I was joining the club fighting to avoid relegation. I am glad we made it together with other lads and we secured the Premier League spot with two games to go, I am happy that my performance could help and that my loan spell was successful. It gives me strength to following seasons. I think we deserve to be higher than now.” 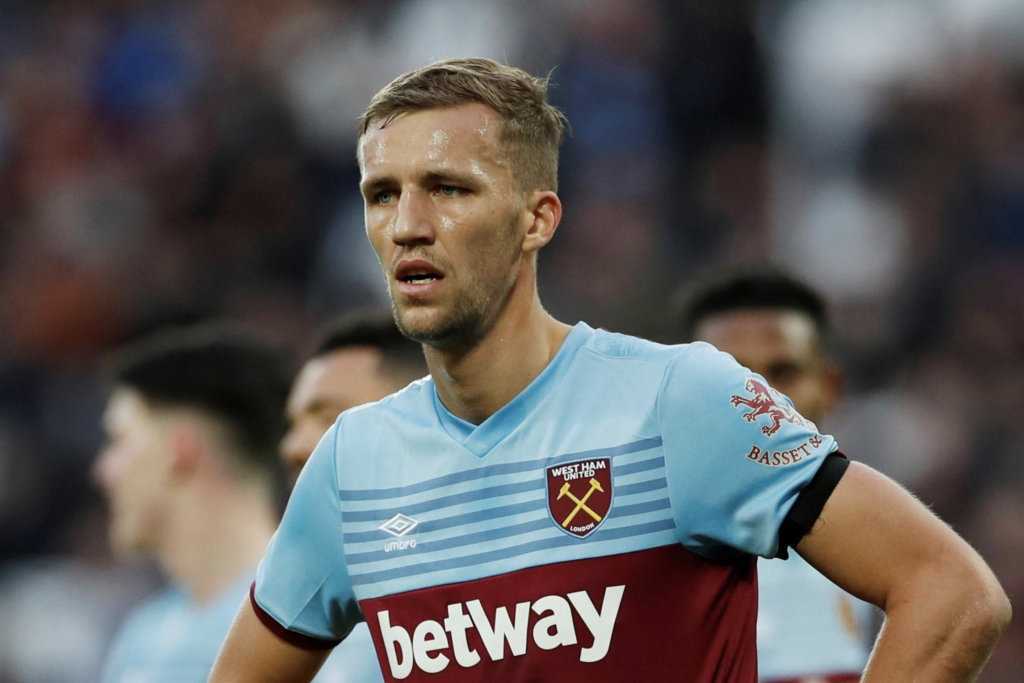 It’s thought the fee for the transfer is around €20 million and West Ham manager David Moyes was pleased to complete the signing.

He told West Ham TV: “I’m delighted that Tomas has signed his permanent contract to secure his long-term future at
the club. “When I came in, we talked about needing another midfield player, to help Declan Rice and Mark Noble, and I think he’s been a really good fit for us.”

“He’s a terrific lad with very good physical capabilities. He has scored some really important goals for us, against Chelsea, Newcastle, and Watford. We’re glad he’s going to be a West Ham player for a good period to come.”

Marathon “Battle of the Teams” Launched in Prague

The 26th Volkswagen Prague Marathon moved from its traditional spring date to October 10. Throughout the pandemic, and…

Partisan Prague is a football club founded by expats from Ireland and England in 2002. Their A-team is…

Water Sports Park to be Built in Prague

The Prague City Hall will buy a plot of land in Troja (Prague 8), necessary for the construction…

Slavia Prague to Invite Doctors and Paramedics to Football Game