Czech Olympic Committee was established in May 1899. The first Czech athletes joined at the Paris Olympics in 1900 and immediately on these Games they have reached 3 medals – 1 silver and 2 bronze.

Since 1899 Czech Team (the Czech Republic and Czechoslovakia together) has participated in the 48 Olympics and won 75 gold, 86 silver, and 99 bronze medals. Among the most successful and famous Czech athletes belong:

He inherited ski jumping as the family sport at home in Frenštát pod Radhoštěm. He was in the national team for sixteen years and in 1968 he was the first Czechoslovakian to win a gold at the Winter Olympics when he triumphed in Grenoble at the normal hill thanks to a good line selection and a high technical score. A week later Raška added silver in the large hill.

His success was recounted by author Ota Pavel in his Pohádka o Raškovi (Sporting Fairy Tale). This supreme ski jumper also beat the world record and in 1971 won the Four Hills Tournament. Later he worked as a coach and in 2011 received a state honour for services to sport. 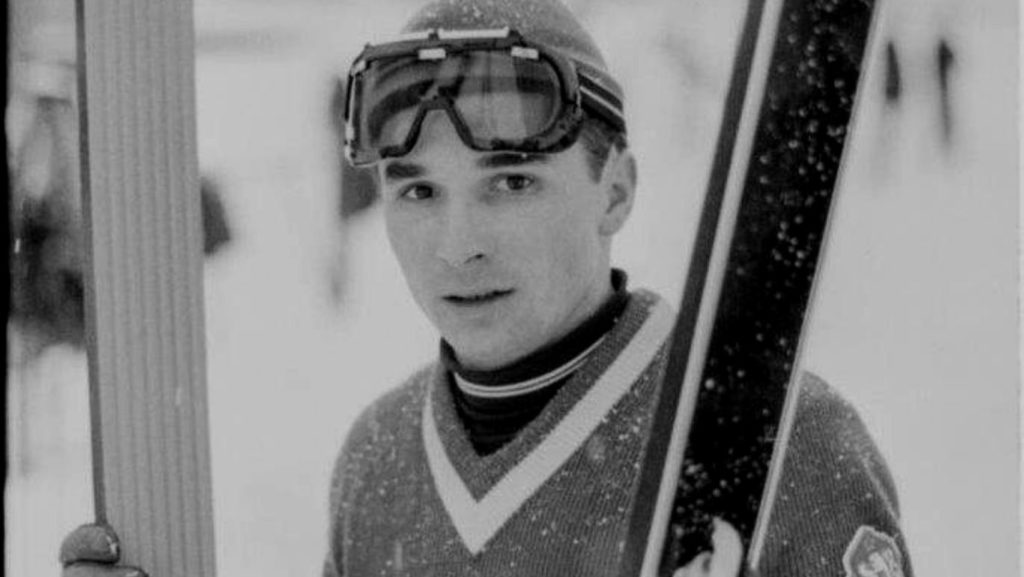 One of the most prolific point scorers in National Hockey League (NHL) history, Jagr won two Stanley Cup championships with the Pittsburgh Penguins (1991 and 1992).

Jagr frequently returned to his homeland in 2017 to play for the Czech national team during the NHL off-season, and he was a member of the Czech Republic squads that won the gold medal at the 1998 Winter Olympic Games in Nagano, Japan, and the bronze at the Turin 2006 Winter Olympics.

He also played for the Czech national team during the Vancouver 2010 and Sochi 2014 Winter Games. 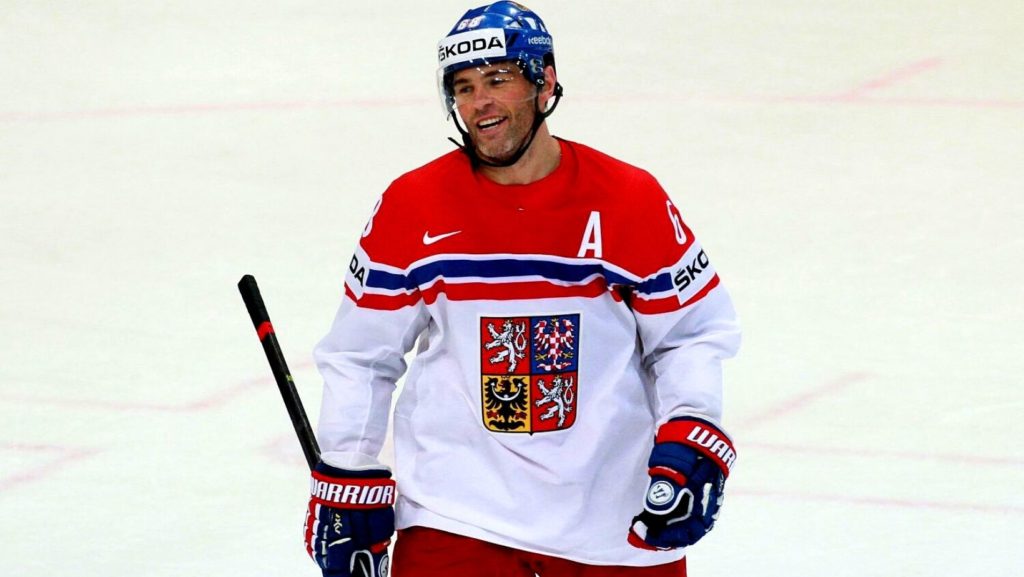 Ice hockey goalie who first played in the highest league in 1981 for Pardubice. His career ended thirty years later. According to the prestigious magazine The Hockey News he was the greatest European in the history of the NHL.

He competed at four Olympic Games and in 1998 was the main instigator of the push for gold by the Czech team at the first tournament open to professionals from the NHL. In the final Hašek kept a clean sheet. At Turin 2006 he was a member of the team that won Bronze.

In the NHL, where he attracted attention with his unorthodox style of catching, he twice won the Stanley Cup with Detroit, he was twice elected most outstanding player and six times best goaltender. In 2010 he helped Pardubice to the Extra League title. 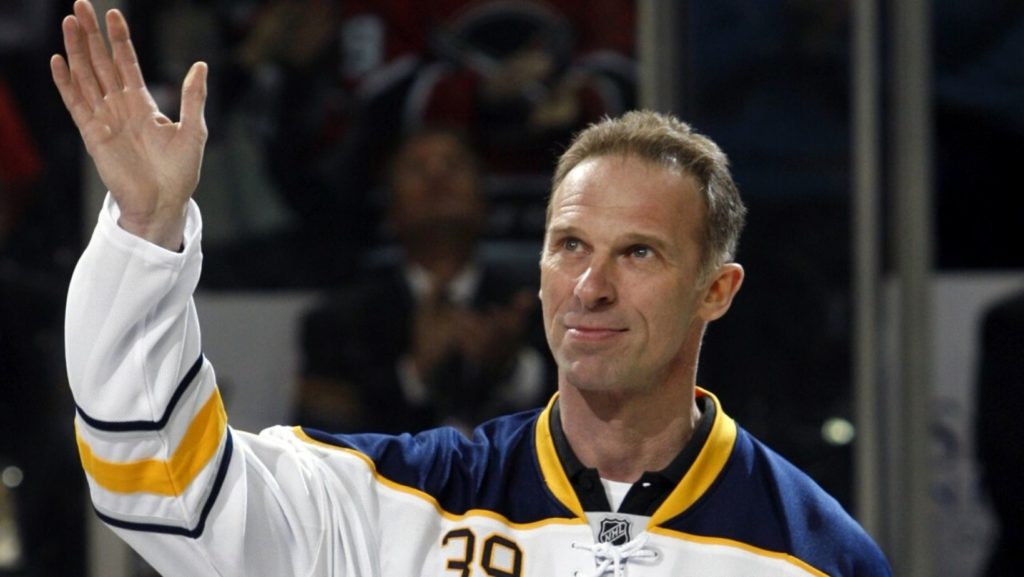 She played basketball when young, but was introduced to speed skating coach Petr Novák by her parents. The very slim and tenacious girl started to share the coach’s vision. At the Games in Turin 2006, where she carried the Czech flag at the opening ceremony, she came fourth in the 5000 metre race.

This painful memory propelled her to perform fantastically at the Games in Vancouver 2010, where she won the 3000 and 5000 metres, and added bronze in the fifteen hundred metres. She is the true queen of the long track – nine years in a row she dominated the World Cup.

She has 17 gold medals from the World Championships for individual events, she holds the world record for the 5000 metres, and in 2013 she won both of the longest track events at the Universiade in Trentino Italy. 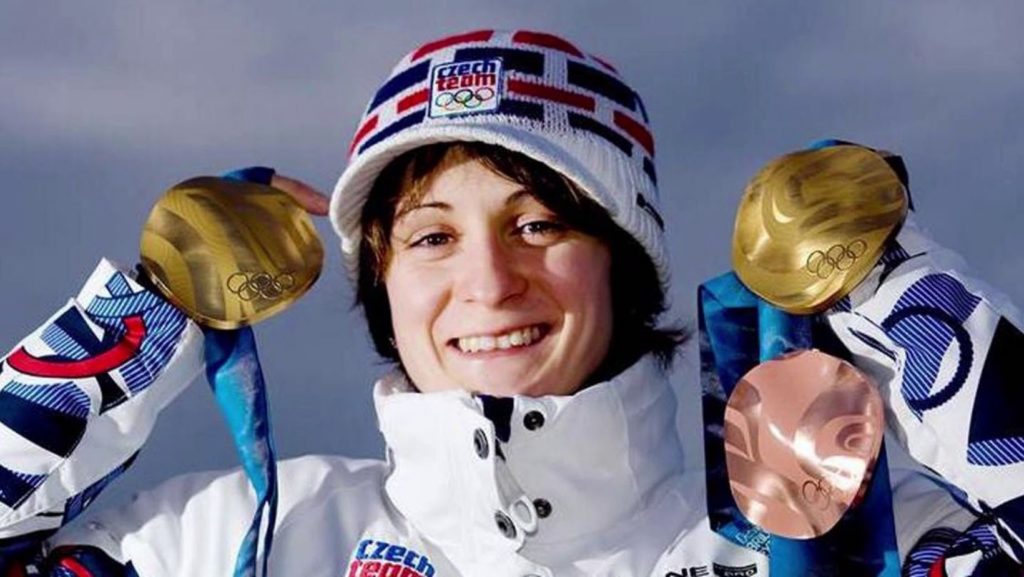 Cross country skier and to date the most successful Czech winter sportswoman in terms of Olympic medal count. Her first Olympic Games was Albertville 1992, and she won her first medal six years later. She achieved gold in Turin 2006 when she was greeted by her daughter at the finishing line.

She was also retrospectively awarded medals from Salt Lake City in 2002 due to doping offences by her competitors. Neumannová is also a double World Champion and competed at the Summer Olympics in Atlanta in a mountain bike event. 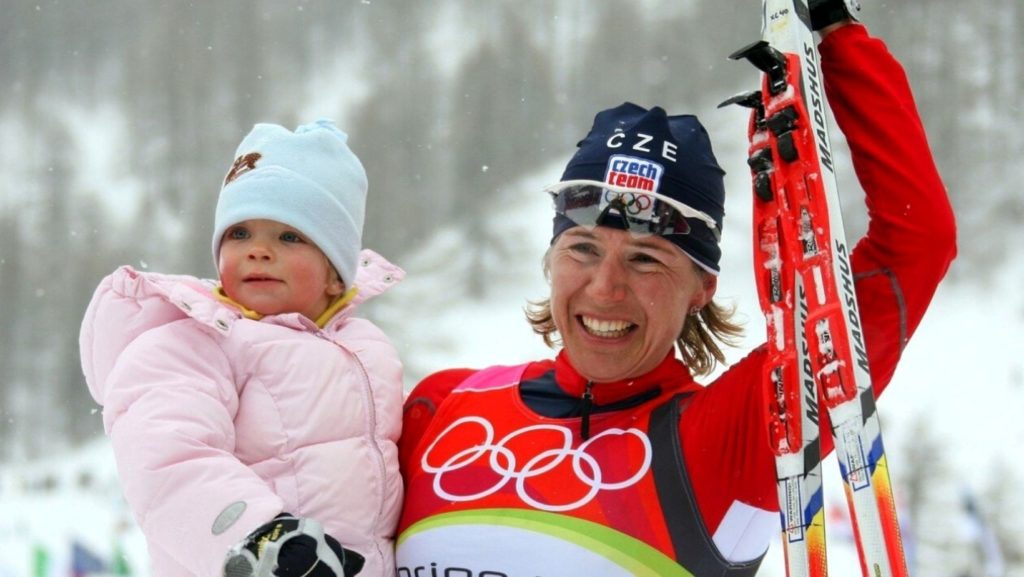 He remains, to this day, the only Olympic athlete to win three gold medals in long-distance running events at the same Olympic Games. In Helsinki 1952, after having won the 5,000 and 10,000 meters races, he took part, for the first time in his life, in a marathon. And he won.

The Czech Locomotive, a nickname he acquired outside of Czechoslovakia, set 13 world records on the kilometer tracks and 5 records on mile tracks. He was voted “Olympian of the century” in a prestigious Czech survey. He passed away in 2000. 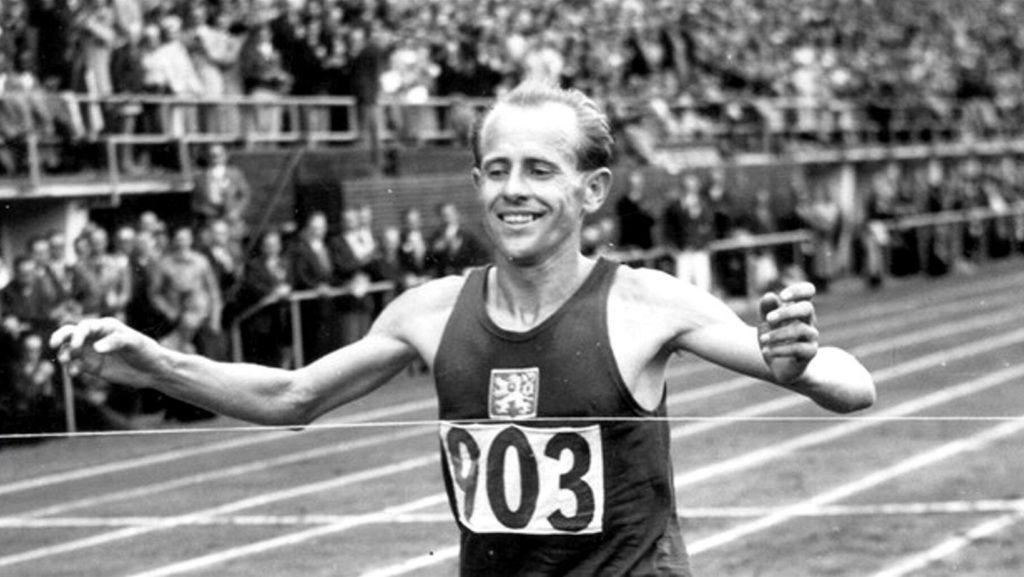 She was the best gymnast in Tokio 1964 and the queen of the Olympics in Mexico 1968. The Czechoslovakian gymnast, coach and important sports official entered the history books especially thanks to her seven Olympic golds. She is also a four-time World and eleven-time European champion.

Together with Russian gymnast Larisa Latynina, they are the only two athletes to have won the gold medal at two consecutive Olympic Games. Between 1964 and 1968, she stood undefeated in all major all-around competitions. 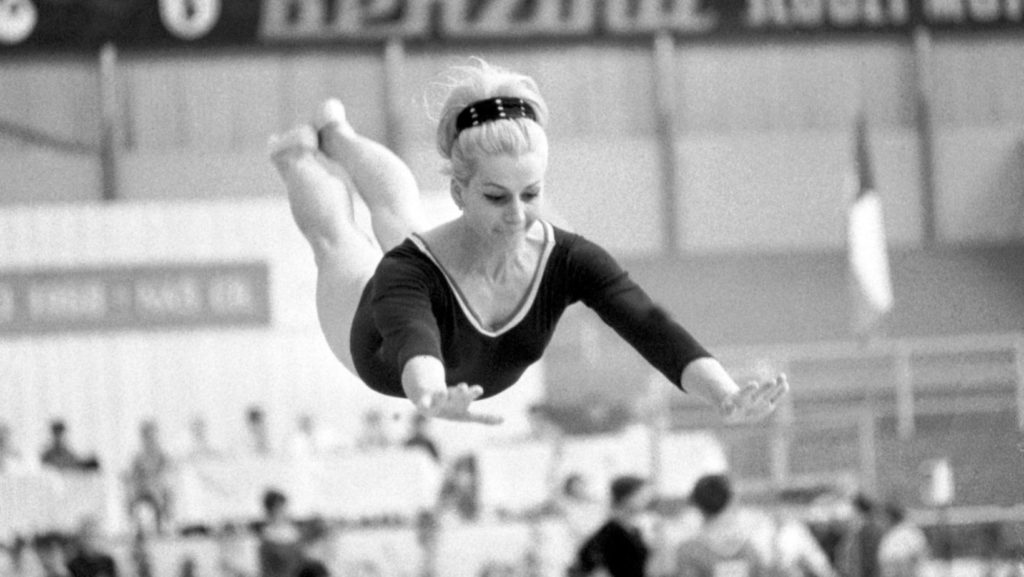 According to his school teachers, he was able to throw cricket balls to a distance close to 80 metres. Since the introduction of the new rules in javelin throwing, the 90 m mark has been passed 84 times; 52 times by Železný. He remains the only athlete to have three times passed the 95m mark under the new rules.

He finished his sporting career in 2006, when he still competed at the European championship in Göteborg, winning a bronze medal and setting a world record in the veteran category (40 years +) with his 85.92 metres throw. 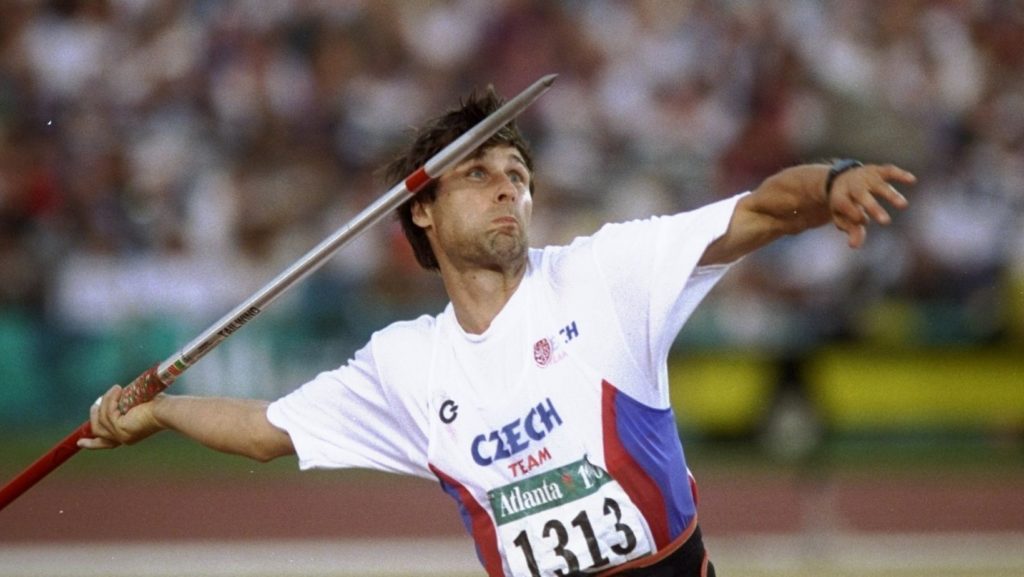 The two-time Olympic winner from Atlanta 1996 was a canoe sprint star already as a junior – he became World Champion at the 1,000 m race as early as in Hamburg 1992. Doktor has 14 medals from senior World Championships (two gold, nine silver and three bronze) and 12 European Championships medals in his collection.

After having retired from his sporting career in 2010, he became coach of the Czech National Canoe Team, helping the Czech K4 win a bronze medal at the London 2012 Olympics. Since 2012 he works as a Sports Director in the Czech Olympic Committee. As a Chef de Mission, he led the Czech delegation in Sochi 2014, and he is in the same position in Rio 2016. 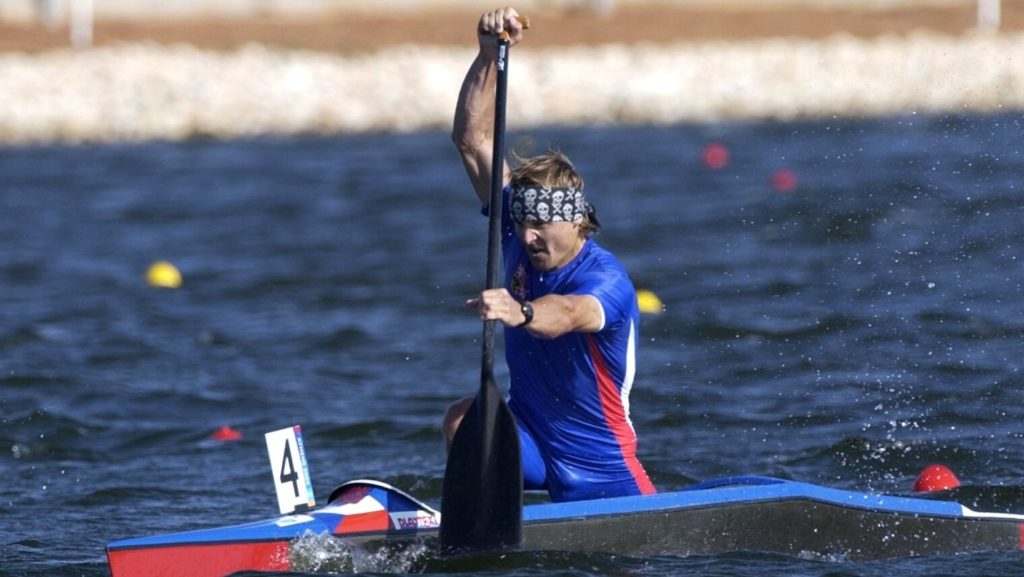 At the Olympics in Pyeongchang, 2018, she entered history when she won the gold in two different disciplines (alpine skiing and snowboarding) as the first athlete under five circles ever. The BBC then marked her two triumphs as one of the most amazing stories in Olympic history.

Ledecka is the daughter of the famous Czech singer and composer Janek Ledecky and granddaughter of the former ice hockey player Jan Klapac, who won with Czechoslovakia silver (Grenoble 1968) and bronze (Innsbruck 1964) at the two Winter Olympics in the 1970s. The double Olympic champion began with snowboarding first, then she continued on ski. 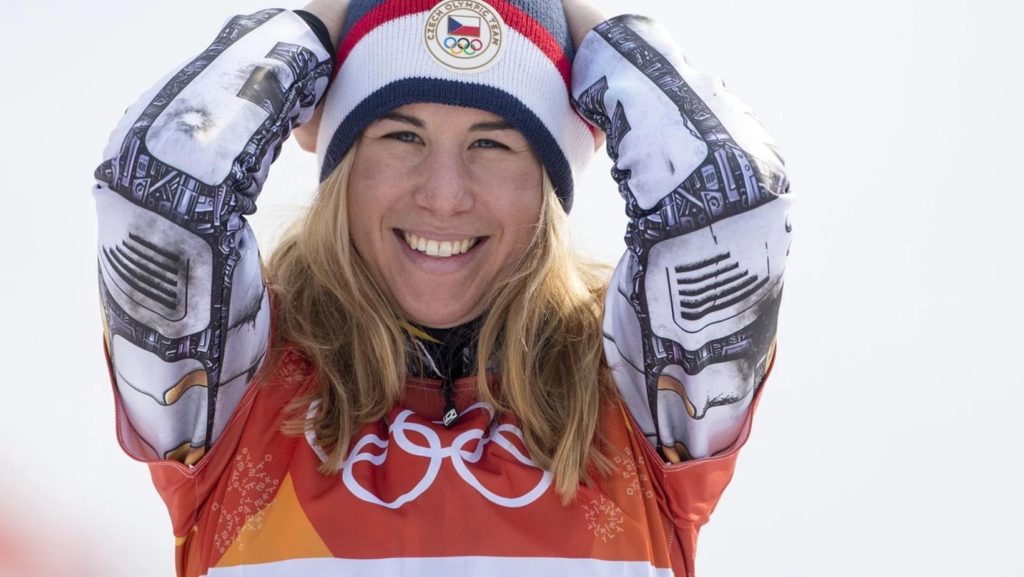