Article by Brandes Gress, teacher at Cherry Tree, English speaking preschool in the heart of Vinohrady.

Nestled in the back of Vinohrady between the Strašnická metro stop and the University Hospital, lies a beautiful playground equipped with small built-in trampolines, an enclosed sandbox, and a play structure. This park’s most prominent feature is the rubberized surface that has been designed to resemble the solar system.

This is not only fun, but also educational, plus it gives the park a softer surface for when the astronauts crash-land. Although this park has fencing around the sandbox, it is not fully enclosed which can make it difficult to keep children in, and dogs out. Another noteworthy feature (or lack thereof) is this park does not have a public toilet, which could be difficult for children who are potty-training or prefer privacy. 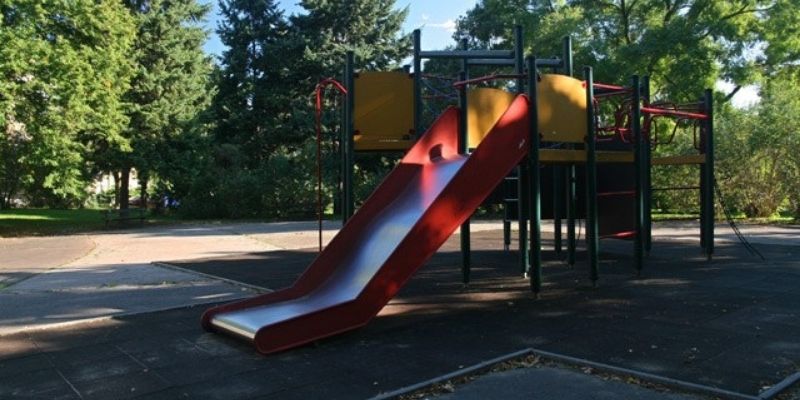 This playground sits at the base of Folimanka shaded by trees and the surrounding buildings. It is completely enclosed giving parents with multiple children (or really fast ones) peace of mind. The sandbox has a selection of toys perfect for archeological adventures or baking cakes, yum!

The play structure has climbing features, slides, and a zip-line so children will always have something to do. This park does not have a toilet inside the fenced area but has access to a toilet just outside of the fence. Around the park, there are courts for volleyball, tennis, basketball, etc. which can appeal to older children too. 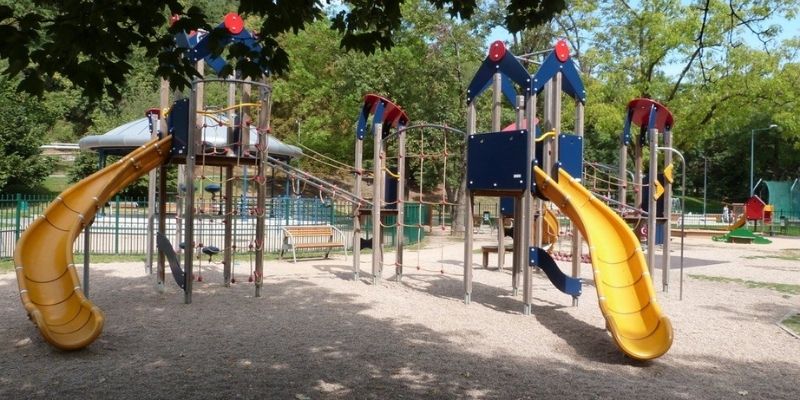 Havlíčkovy Sady is known for its beautiful Grotta and sweeping views of Prague, but it is also home to a lovely playground suitable for children of all ages. This is another fully enclosed park, but unlike the first two, this one has toilets within the fenced area. The toilets and playground area are cleaned regularly, which makes it an extremely clean park.

Although the entire playground is covered with sand, it also has a sizable sandbox with toys which is great for children who can’t get enough of it. It also has a tall play structure with climbing sections, slides, a big truck to ride in, and a “pulley” system for kids to transport items up or down. 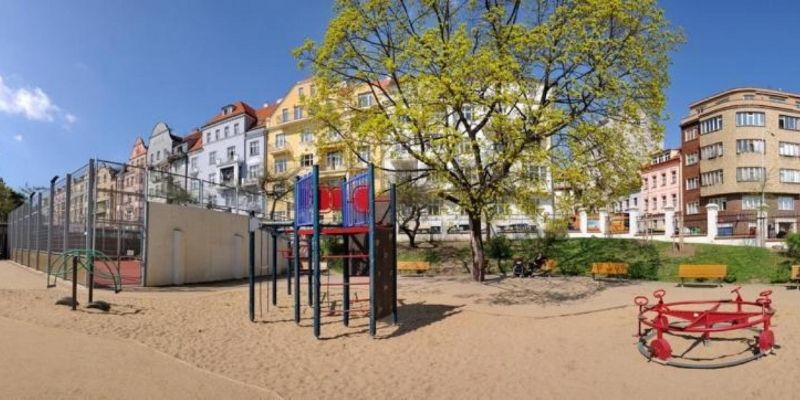 In the heart of Vinohrady there rests a beautiful wooden park. It’s notable wooden tower is a child-friendly replica of the Vinohradská vodárna just behind the park. This park has a sandbox, swings, climbing structures, a boat, and lots of space for running around. In the summertime a giant colorful trampoline is installed to amplify the fun! This playground also has toilets inside the fenced area, and nearby there are basketball courts for older children who are practicing for the NBA. 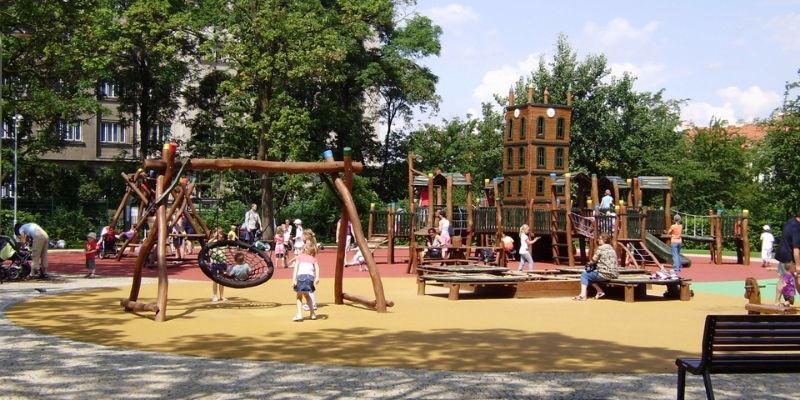 Commonly known as the Dragon Park, this playground is loved by parents and children alike. It’s spacious, has every amenity imaginable, and has panoramic views of Prague. Just a stone’s throw away from the infamous Riegrovy Beer Garden, the Dragon Park has swings for all ages, a big sandbox with toys, several climbing structures with big slides, a two-tier spacious fenced area, and accessible toilets.

Children can spend many hours here playing on the dragon structure, sliding down tunneled slides, and spinning on the turnstile swing, and afterwards parents can enjoy a beer or a snack at the beer garden. 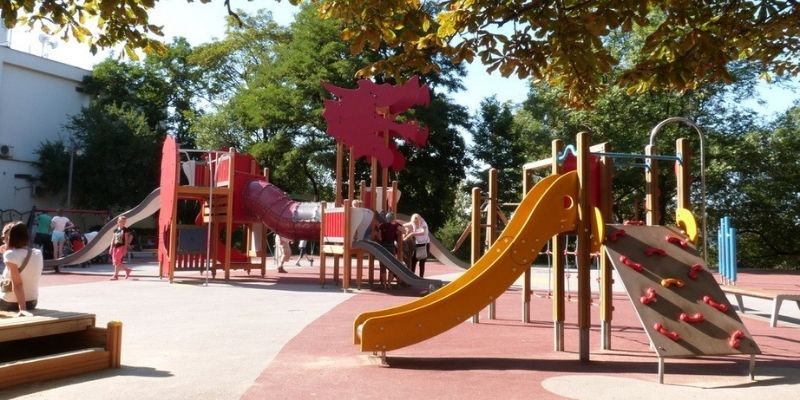 Citymapper Launched in Prague: One app for ALL Urban Mobility

Citymapper for iOS and Android has been launched in Prague, as part of their European expansion. The award-winning…

Prague Will Try to Attract Domestic Tourists and Give Vouchers Worth 3,000 CZK

Last summer and this, Prague city poured millions of Czech crowns into campaigns to attract domestic tourists. The…

The Dancing House, designed by Vlad Milunić and the famous architect Frank Gehry, has become an icon of…

The Prague City Council wants to limit the speed of electric scooters on the sidewalks. “Speed is a…

There’s a Sauna Under the Roof of the National Theater. Now You Can go There Too!

This pearl of the 1980s, classified for everyone but the actors of the National Theater, who have been…

Historic Prague Tram T6A5 To Be Retired From Circulation

The historic Prague tram models known as the T6A5 will be retired from circulation on Saturday, the city’s…

Praguers will have the opportunity to ride on a unique historical carousel, brought from Florence and installed on…

By the End of the Year, Prague City Hall Will Lay Off 7% of its Employees

By the end of this year, Prague City Hall will lay off 7% of its approximately 2,300 employees,…

Even though we can spend the summer in cinema halls, an outside alternative with a unique atmosphere certainly…
Total
0
Share
0
0
0
0
0
0